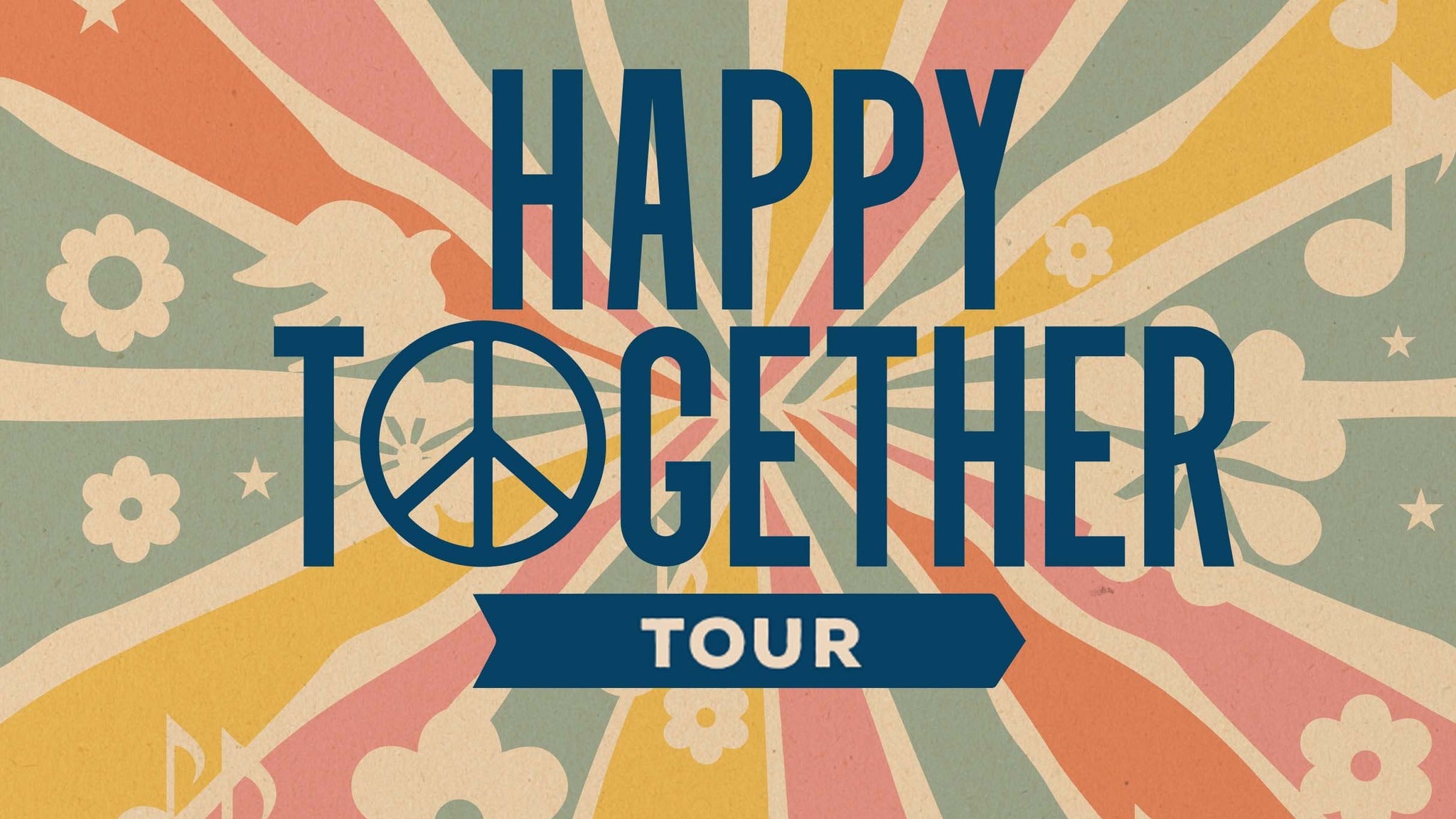 (New York, NY) – 2020 will mark the eleventh year of the highly-successful, hit-filled summer package tour, Happy Together.  The touring sensation that has criss-crossed the nation delighting audiences for a decade returns next summer with a show full of chart-topping hits from the ‘60s and ‘70s – FIFTY-NINE Billboard Top 40 smashes to be precise.  The tour is once again headlined by The Turtles, who also act as musical hosts for the evening.  Supporting The Turtles will be Chuck Negron (Three Dog Night), The Association, Mark Lindsay (Paul Revere & The Raiders), The Vogues and The Cowsills.  New to the tour this year are Mark Lindsay and The Vogues.  Please see below for tour dates, with more tour dates to be announced.

Headliners The Turtles are best known for their harmony-heavy California pop sound.  With hits such as “Elenore,” “She’d Rather Be With Me,” “It Ain’t Me Babe,” “You Showed Me” and the title of the tour, “Happy Together,” the band ruled the airwaves in the late ‘60s.  Ron Dante joins the line-up to delight with his own mega-hit, “Sugar Sugar”

Chuck Negron, formerly of Three Dog Night, returns to the tour for 2020 bringing with him his outstanding lead vocals on such global hits as “Joy To The World,” “One,” “Mama Told Me Not To Come,” “Black & White,” “Shambala,” “An Old Fashioned Love Song,” Easy To Be Hard,” “Eli’s Coming” and more.  Three Dog Night scored an impressive twenty-one Top 40 singles and twelve consecutive gold albums in the late ‘60s/early 70s.

Also returning to the tour for 2020 is The Association, who enjoyed massive radio success in the ‘60s with such #1 hits as “Cherish,” “Windy,” “Never My Love” and “Along Comes Mary”.  This iconic vocal group was a staple on AM radio in the 1960s.

Joining Happy Together for 2020 will be Mark Lindsay, former lead singer of Paul Revere & The Raiders.  Lindsay and his high-kicking stage persona will be performing Raiders’ hits as well as solo gems such as “Kicks,” “Hungry,” “Good Thing,” “Arizona” and “Indian Reservation”.  Lindsay’s songs appear in the Quentin Tarantino blockbuster “Once Upon A Time In Hollywood” out now.

Brand new to the Happy Together touring family for 2020 are The Vogues.  Also known for their harmony-driven pop sound, The Vogues had numerous Top 10 hits with singles such as “Five O’Clock World,” “You’re The One,” “My Special Angel” and “Turn Around Look At Me”.

Rounding out the bill are The Cowsills, the harmonious family act (two brothers and a sister) that inspired the smash hit ‘60s television show, “The Patridge Family”.  They are sure to delight with their best-known songs, “Hair,” “Indian Lake,” “The Rain, The Park & Other Things (I Love The Flower Girl)” and more.