An Acoustic Evening with Lyle Lovett and John Hiatt 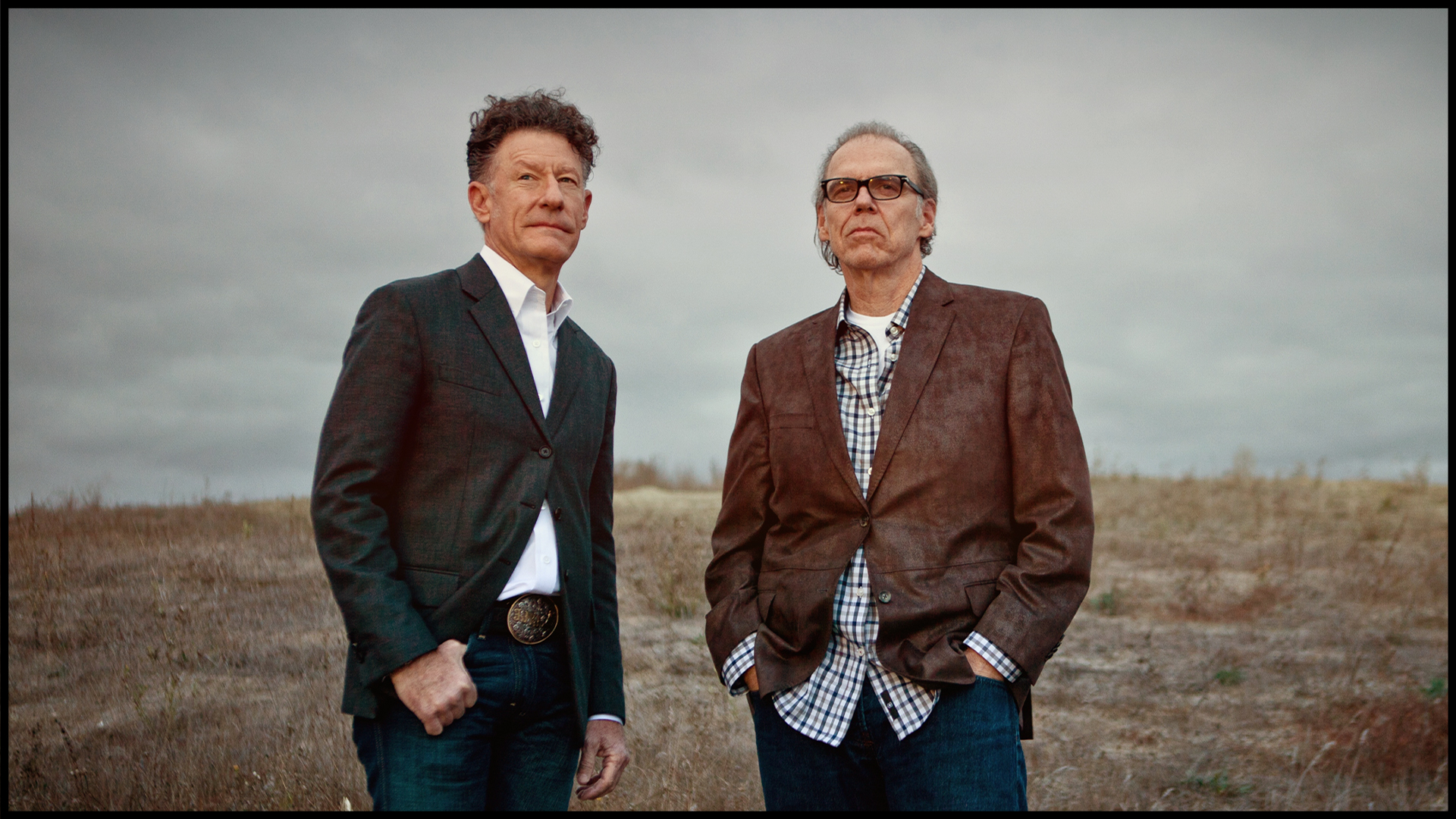 A singer, composer and actor, Lyle Lovett has broadened the definition of American music in a career that spans 14 albums. Coupled with his gift for storytelling, the Texas-based musician fuses elements of country, swing, jazz, folk, gospel and blues in a convention-defying manner that breaks down barriers.

Whether touring as a ‘Duo’ or with his ‘Acoustic Group’ or his ‘Large Band’, Lovett’s live performances show not only the breadth of this Texas legend’s deep talents, but also the diversity of his influences, making him one of the most compelling and captivating musicians in popular music.

Since his self-titled debut in 1986, Lyle Lovett has evolved into one of music’s most vibrant and iconic performers. Among his many accolades, besides the four Grammy Awards, he was given the Americana Music Association’s inaugural Trailblazer Award, and was named Texas State Musician.
His works, rich and eclectic, are some of the most beloved of any artist working today.

“You know how writing goes for me,” John Hiatt says, offering a glimpse into his creative process. “I get a couple of lines going, and then I just tag along as the songs start to reveal themselves. You’ve just gotta jump inside and take the ride.”

Hiatt has been on that ride—as have we all, tagging along right beside him—for more than four decades now. In fact, since the release of his 1974 debut, Hangin’ Around the Observatory, rarely has more than a year or two passed without a new Hiatt collection hitting the shelves. But after wrapping up a year of touring in support of 2014’s Terms of My Surrender—the singer-songwriter’s 22nd studio effort overall—he found himself, for the first time in a long time, unsure of what would come next.

Not that he panicked. “I’ve been lost before,” Hiatt says, with the self-assurance of a man who has experienced a thing or two over his long and varied career. “Although usually I have some sort of notion or clue where to go.”
But this time? He laughs. “I had no sense whatsoever.”

As for the cause of this uncertainty? “Life, really,” he says. “Or just changes in life. My wife and I made the decision to sell our farm [in Williamson County, Tennessee] and move back into Nashville. I wanted to spend more time with my family. I was aging, with all that entails or doesn’t entail. Stuff was just happening.”

During this period of transition Hiatt did manage to compose a new song—a dusty, road-worn meditation titled “Robber’s Highway.” But the lyrics he penned (“I had
words, chords and strings / now I don’t have any of these things”) sounded almost ominously prophetic. “I was just thinking in terms of somebody who’s out there hammerin’ away with his music, wondering what it’s all coming to,” Hiatt explains. “And maybe the songs just aren’t there anymore…”

Fast-forward a few years, however, and it’s clear that, for Hiatt at least, the songs are still very much there. And The Eclipse Sessions, his newest collection, offers up his strongest set of ‘em in years. Long celebrated as a skilled storyteller and keen observer of life’s twists and turns, Hiatt can get at the heart of a knotty emotion or a moment in time with just a sharp, incisive lyric or witty turn of phrase. And the 11 tracks presented here, from the breezy opener “Cry to Me,” to the stark “Nothing in My Heart,” the lost- love lamentation “Aces Up Your Sleeve” to the rollicking “Poor Imitation of God,” demonstrate that the singer-songwriter, now 66, is only getting better with age, his guitar playing more rugged and rootsy, his words wiser and more wry.

And while he may have started slow this time around, once Hiatt got going, the material that would eventually comprise The Eclipse Sessions came quickly. Following his move back to Nashville in 2017, he recalls, “I put together a little area in the basement of our new house, a space for me to write in. And the songs just started coming again.”